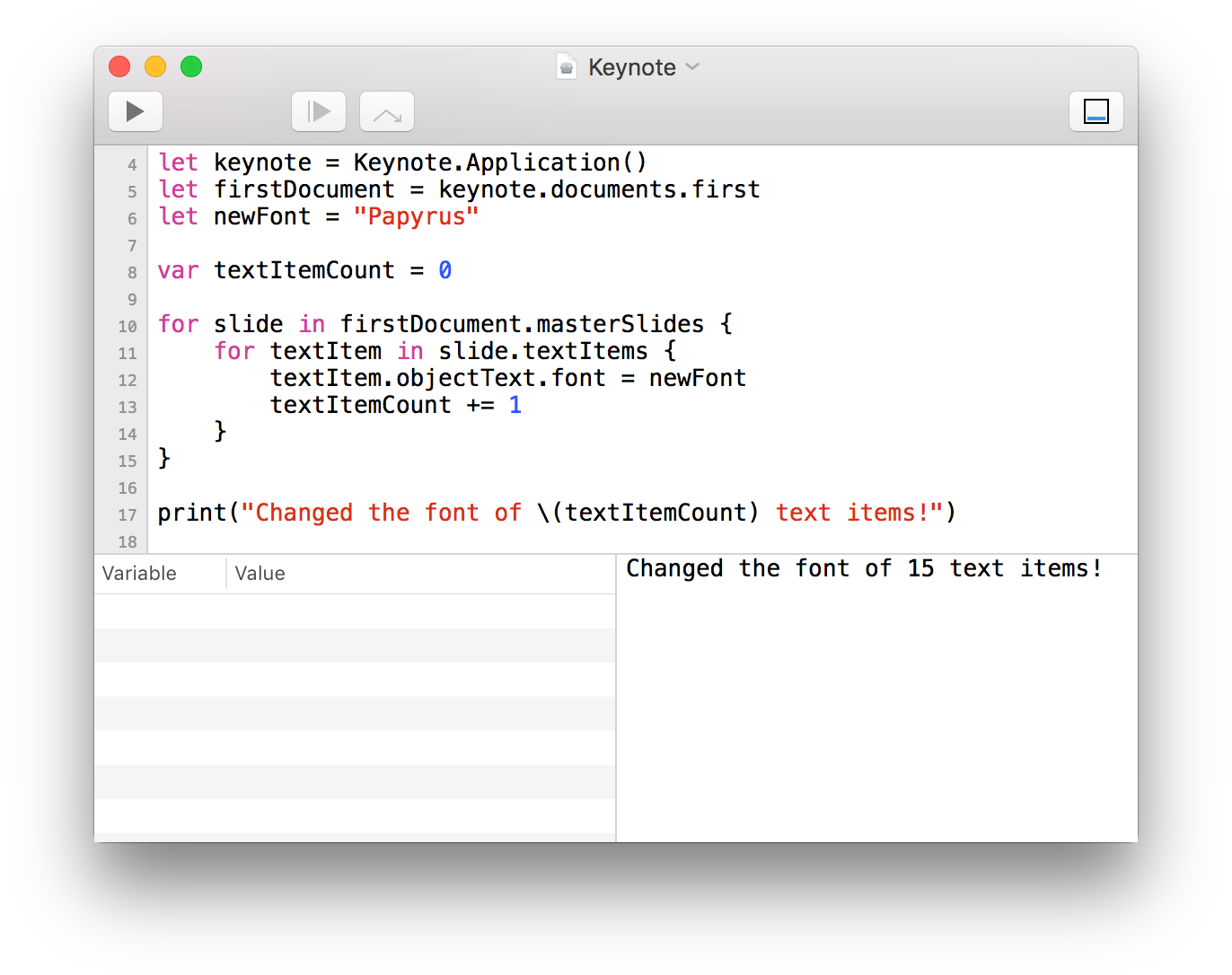 Getting started with Scriptarian is easy. When you first launch the Scriptarian, it analyzes all of your installed applications for AppleScript support and dynamically generates native Swift interfaces for them. 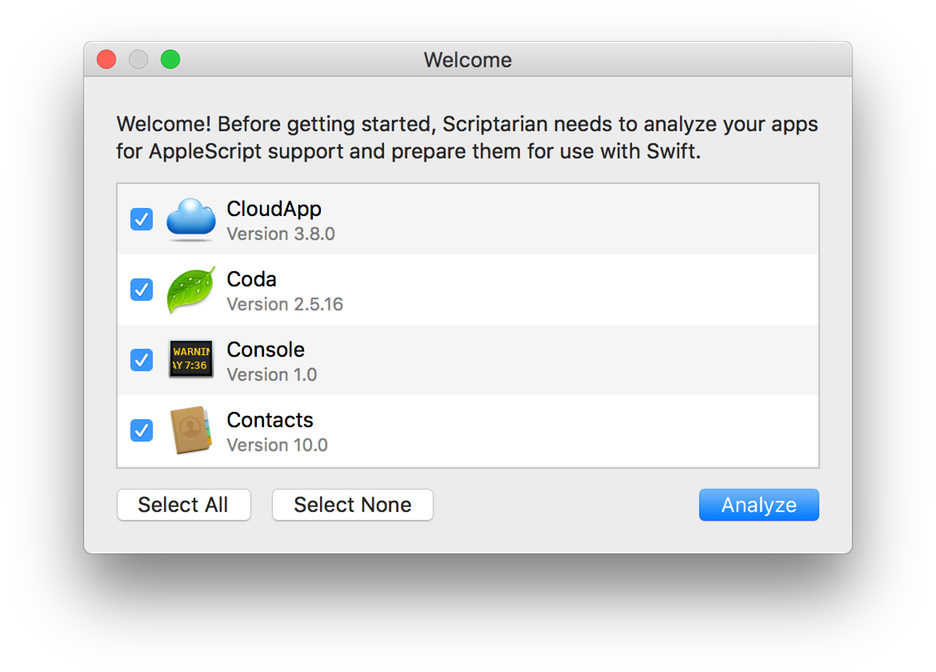 Scriptarian is entirely built around the Swift programming language, letting new programmers get up and running quickly. Thanks to Swift's powerful error handling model and focus on safety, you can write robust code with little effort. Meanwhile, advanced programmers can take advantage of powerful object-, functional-, and protocol-oriented paradigms.

In addition to full support for the Swift Standard Library, Scriptarian includes ScriptingKit, a scripting framework we built from the ground up with Swift in mind. It lets you communicate with any AppleScript-enabled app and even provides various utility functions for speech synthesis, sound playback, file management, process management, and more.

Here's all it takes to sum up the size of your iTunes library:

Made a mistake? No problem. Scriptarian detects errors in your code as you type, and in many cases, it can offer suggestions for fixing them.

Powered by LLDB, Scriptarian offers a first-class debugger that lets you inspect variables and step through the execution of your programs with ease.

Scriptarian can compile your scripts into native executables that you can invoke from the Terminal, Automator workflows, and third-party apps such as Alfred and FastScripts.

Made something great you want to share with the world? Scriptarian integrates with Sharing services on macOS and even lets you publish your code on GitHub Gist.

Need some inspiration? Scriptarian's built-in Examples Gallery lets you learn by example. Made something cool? We'd love to include it.

Scriptarian also includes a built-in documentation viewer so you can quickly reference all of the Swift and ScriptingKit API available to you. We even dynamically generate documentation for all of your AppleScript-enabled apps. 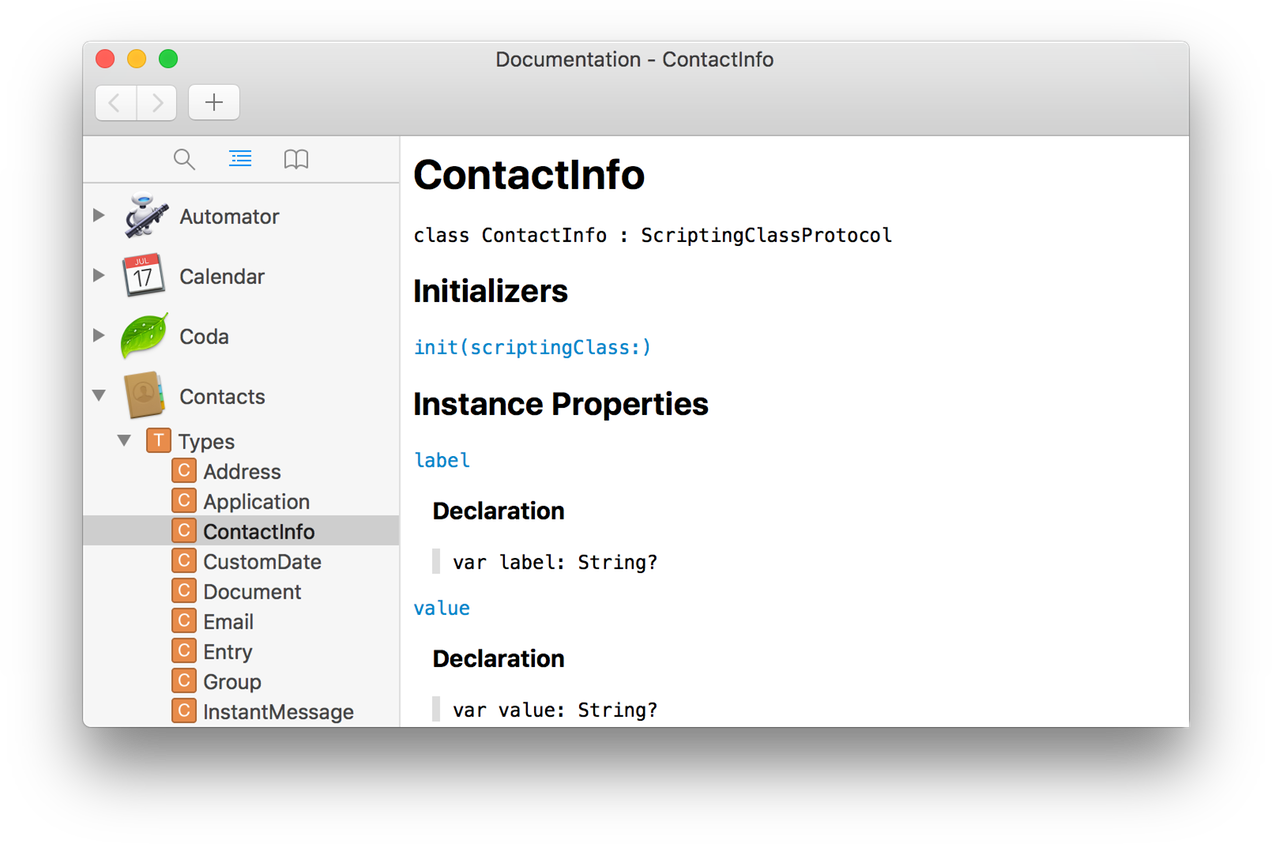 Scriptarian has no external dependencies - perfect for deployment in schools and the workplace. You don't even need Xcode installed to use Scriptarian.

We're offering 50% educational discounts as well as volume purchases to students, teachers, researchers, and schools. Please get in touch for more information (and be sure to email us from your .edu email address if you have one).

Scriptarian is written in Swift itself, and it takes full advantage of native system technologies including Apple Events, XPC services, GCD, and more.

Scriptarian is happy to introduce its friend - Instagram Growth Tool from Combin.